Just before Diwali this year that’s 2018, India got its famous STATUE OF UNITY:  a memorial that is dedicated to the IRON MAN OF INDIA: SHREE SARDAR VALLABHBHAI PATEL. Inaugurated on October 31, 2018 (the day of Sardar Patel’s Birthday), this statue is the tallest in the world, standing at a height of 182 meters. The height of the Statue is maintained at 182 meters so as to represent 182 Assembly constituencies in the Gujarat Legislative Assembly.

So this Diwali I along with my family decided to explore this unique experience to visit the tallest statue of the world in its first month of inception.

This gigantic statue is located at Sadhu Bet (a small river island) and is approximately 3.5 Kms from the Sardar Sarovar Dam on the Narmada River in Kevadia Colony.

The Statue of Unity is the colossal Statue of Indian Independence Activist Sardar Vallabhbhai Patel, dedicated to the first Home Minister of Independent India without whose effort; the map of India would have looked quite different. He was also the very first deputy Prime Minister of Independent India. He is the one who integrated 562 out of 584 Princely States of the Indian Sub-continent to make a United India.

Located at a distance of approximately 200kms from Ahmedabad, we decided to drive to the Statue. It takes nearly 4 hours to reach the Statue if you drive.

There are direct flights from major cities of the world to Ahmedabad International Airport. From Ahmedabad, I would suggest you take the Expressway to Vadodara, another big city of Gujarat, from where the Statue is at a distance of approximately 100kms and would take 2hrs of drive time. If you are planning to come from Surat again one major city in Gujarat, you would require 3 hours of the drive as the Statue is located at 150kms approximately.

In the year 2010 the now Prime Minister of India and the then chief minister of Gujarat of 10 years, Shree Narendra Modi, announced the project of Statue of Unity, the actual construction of which began not before October 2014. As quoted by him recently, the Statue was a tribute to the Iron Man of India and was placed at the current location that is overlooking Sardar Sarovar Dam again named after him for it is the dream project of Shree Vallabhbhai Patel. Sardar Sarovar Dam itself is considered to be one of the largest structures standing 138ft tall. Also, the magnificent view of the overflowing Narmada from above the Dam during the monsoons has been attracting a lot of tourists all around the world. 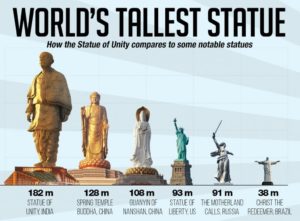 The Statue is a triple-layered structure capable of withstanding a severe wind velocity of up to 180 kmph and also resisting earthquakes measuring up to 6.5 Richter scales. The statue is divided into 5 zones out of which only the first three are accessible for the general public. 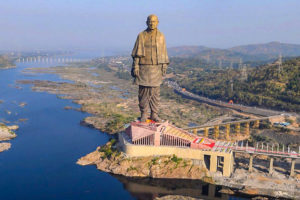 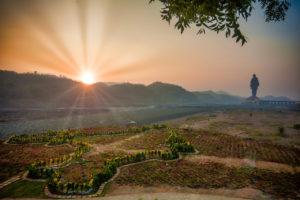 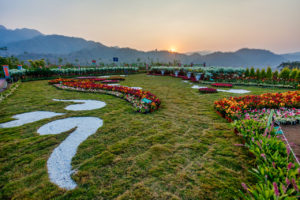 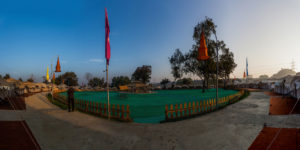 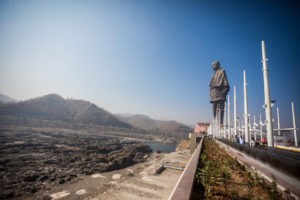 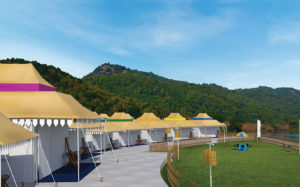 The design of this Statue is done by the Indian Sculptor Mr. Ram V. Sutar. The sculpture of which the Statue is the replica is installed at the Ahmedabad International Airport. The statue is built on a Public Private Partnership model, with most of the funding is raised by the Government of Gujarat. The rest of the funds were raised through the public sector undertaking and Corporate Social Responsibility Scheme.

A ‘Loha’ campaign (Iron Campaign) was initiated to for collecting the required 50lakh Kg of Iron required for the construction of this statue. Under this campaign, the farmers from all over the country were requested to donate the farming instruments that they did not require anymore. by 2016, a scrap of around 135metric tonnes was collected of which around 109 processed tonnes was used for the foundation of the Statue. The statue was completed in a record-breaking time of just 33 months.

Timings: 9 am to 5 pm from Tuesday to Sunday

*Statue of Unity remains closed for the tourists on every Monday due to maintenance work. Plan your trip accordingly.

Where to stay? : Well if you are thinking to stay nearby Statue of Unity then Narmada Tent city is the only good place to stay for a couple of nights. One will get all the facility over there including food and luxury A.C tents with service at your doorsteps.

Hope this Blog will provide you needed information, give your feedback in the comment section and suggest others to read. 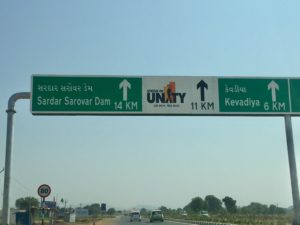 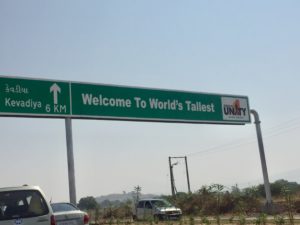 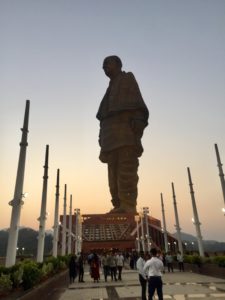 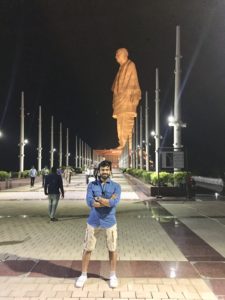 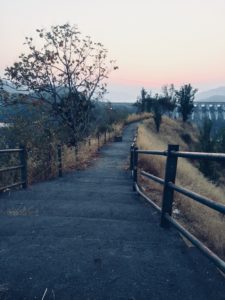 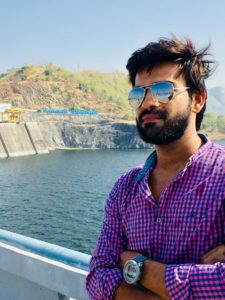 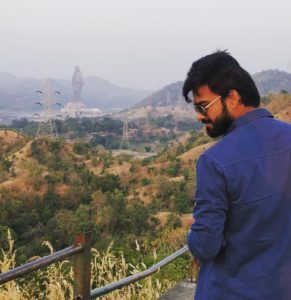 Its amazing blog
Nd get more information about it

It was really informative and synchronized blog, Statue Of Unity, which is worth full to spend time for reading…keep posting such blogs..

Thank you so much